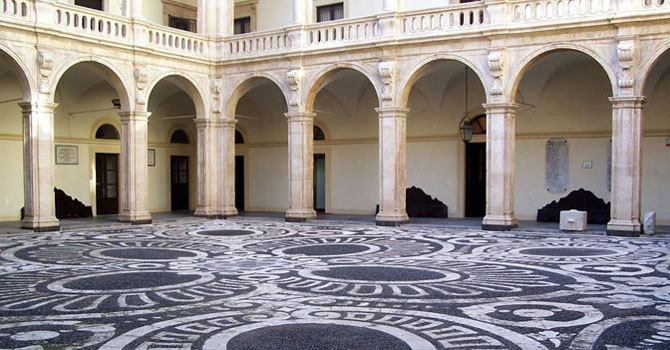 Our University avails itself of a Rector, an academic senate, a board of directors and auditors, an evaluation body and a director general as an integral part of its own governance and decision-making policies.

Following his election from within the institution, the rector fills the highest as well as the most representative office at the university and is the acting chancellor for its public and legal affairs; a true guarantor of students’ legal rights, freedom of action for research, teaching and learning activities. He or she remains in office for a six-year term, after which time he or she cannot run for the same office again.

A rector is also assisted in his formal duties by a pool of chosen deputies and a vice-rector.

The academic senate, a collective body legitimately elected by academic authorities, comprises, including the rector, 18 heads of department, 8 academics, 6 elected students, and 2 members of the administrative unit.